Nationally providing the best and most modern care available.

Through CenExel RMCR, we are conducting studies ranging from phase I to phase 4 including evaluating treatments that have potential to slow the progression of Parkinson’s Disease as well as evaluating in number of innovative new treatments to improve symptoms in patients with early, mid-stage, and advanced Parkinson’s disease. Many of the studies are sponsored by the National Institutes of Health while other studies involve evaluating the effect of new medications developed by the pharmaceutical industry.

Learn about surgical treatment options for Parkinson’s disease, focusing on deep brain stimulation. We discuss indications for surgery,methodology, target sites, hardware, programming, risks, benefits, limitations and typical results. It is important to consider clinical trials prior to Deep Brain Stimulation because once you have had DBS you no longer qualify for most studies and the procedure is irreversible.

At the Rocky Mountain Movement Disorders Center we take a comprehensive approach to achieve your well being. We provide all proven, effective and promising available treatments options such as prescribing a health diet & exercise, correctly administering proven medications, deep brain stimulation, as well offering patients opportunities to take part in clinical trials which at times is the most appropriate course of action. We have a full set of tools in our tool box. If you go to a DBS specialist, they are most likely going to advise brain surgery. When you are a hammer, everything looks like a nail. Come to the Rocky Mountain Movement Disorders Center, where we have a comprehensive approach to your care and weigh all the options carefully in consideration of what is best for you.

Surgical treatment for Parkinson’s disease is indicated for patients who have disabling motor complications despite maximal drug therapy. This includes disabling levodopa-induced dyskinesias, medication-refractory disabling tremor or marked motor fluctuations in which there is variation in mobility from extremely immobile to good functioning. Surgical treatment is very helpful to treat motor complications, but with the exception of improving tremor does not significantly improve the patient’s best response to levodopa. Effectively, surgery allows patients to function as they do during their best peak time on levodopa, with significant reduction in dyskinesia and marked reduction in motor fluctuations.

Preoperative response to levodopa is the best indicator of a patient’s response to surgical treatment. In general, patients who are good candidates for surgery have had Parkinson’s disease for five to ten years or more and have significant disability as a result of motor fluctuations, dyskinesias, or disabling tremor. They should not have significant cognitive impairment or dementia since surgery may, in fact, worsen this problem. Because of the risks of surgery, there should be a reasonable expectation of several years of life expectancy following surgery for the risk-benefit ratio to be reasonable. Even elderly patients who are in good general health and are cognitively well may be considered for surgery if they otherwise fulfill the criteria.

The preoperative evaluation and subsequent treatment of patients considered for surgical treatment includes a movement disorders specialist neurologist, neurosurgeon, neuropsychologist, and commonly a physiatrist or rehab specialist. The neurologist is responsible for the preoperative evaluation as well as the postoperative deep brain stimulation programming and ongoing clinical care. The neurosurgeon is responsible for the overall surgery and management of any surgical complications. Virtually all patients who are considered for surgical treatment for Parkinson’s disease should undergo detailed neuropsychological  testing.  The  neuropsychologist  advises  on  the  patient’s  candidacy  for surgery based on his or her evaluation of the patient’s cognition and any potential mood issues. Many patients benefit from physical, occupational, and speech therapy postoperatively in combination with deep brain stimulation programming in order to optimize their benefit. A rehab physician can help to best coordinate this care.

There are two main surgical methods which are used routinely in clinical practice. Deep brain stimulation involves implanting an electrode in a target site and hooking this up to a pacemaker-like device to deliver an electric signal to that area of the brain. Lesioning surgery involves destroying the target site with a radiofrequency probe to abolish the abnormal  signals coming from this dysfunctional region of the brain. In general, lesioning procedures are performed infrequently in the United States since the effect is permanent and cannot be adjusted after surgery. Deep brain stimulation allows for modification of both the beneficial and adverse effects after surgery by programming the pacemaker-like device. This may result in better effects and certainly results in fewer complications, especially when surgery is performed on both sides of the brain.

There are three main surgical sites for Parkinson’s disease treatment; the subthalamic nucleus, the globus pallidus and the thalamus. Surgery is most commonly performed in the subthalamic nucleus and the globus pallidus on either one side or both sides of the brain. In these locations, deep brain stimulation can significantly improve all the major motor features of Parkinson’s disease, including bradykinesia, rigidity, tremor, and, to a certain extent, gait. On the other hand, surgery in the thalamus improves only tremor. When surgery is  performed on one side of the brain, the major benefit is seen on the opposite or contralateral side. For example, surgery on the left side of the brain predominantly results in improvement on the right side of the body. Some patients may require only surgery on one side of the brain whereas other patients may require bilateral surgery.

Deep brain stimulation involves implanting an electrode in the target region in order to alter the pattern of the abnormal cell firing. The electrode is connected to a pulse generator or pacemaker-like device which is implanted usually in the area below the collar bone. This is connected to the electrode by a cable tunneled underneath the skin of the neck and scalp. The surgical implantation of the electrode is most commonly performed with the patient awake to allow  for continuous monitoring of effects  of stimulation during the electrode implantation procedure. The remainder of the hardware including the pulse generator and connector cable is implanted under general anesthesia.

With unilateral globus pallidus or subthalamic nucleus deep brain stimulation, improvement in overall parkinsonism by approximately 30% is typical. If surgery is performed on both  sides of the brain, patients improve on average 50% or 60% compared to his or her “off” state. Tremor, bradykinesia, and rigidity generally improve more than gait and balance. With the improvement of off-period parkinsonism, motor fluctuations are markedly improved. Either because of the direct suppressive effect on dyskinesias or because of a significant reduction in medication, dyskinesias are improved by 80 to 90%. As a result, patients commonly function near their best preoperative state all of the time but with significantly less dyskinesias. In clinical trials, patients undergoing bilateral subthalamic stimulation had an increase in “on” time by about six hours per day on average.

Unfortunately, surgical treatment of Parkinson’s disease does not stop disease progression and does not improve symptoms that are not improved at the peak effect of levodopa, with  the exception of tremor. As a result, it is important to emphasize that the preoperative response to levodopa is highly predictive of the response to surgery. The best “on” state function is not improved after surgery. In addition, certain symptoms may actually be worsened by surgery including difficulties with balance, cognitive and psychiatric  difficulties, dysphagia or swallowing difficulty, and slurred speech. The presence of any of these difficulties preoperatively should be carefully evaluated when making a decision about the appropriateness for surgery.

Like all surgical procedures, deep brain stimulation and lesioning have potential complications and risks. This risk of bleeding into the brain or hemorrhage is about 1 to 2% unilateral surgery and 2-4% for bilateral surgery. Because a mechanical device is implanted, there is a risk of infection of either the wounds or the device. This risk approaches 5 to 10% and is maximal in the first two or three months after surgery. Because patient movement results in stress on the hardware, this may fracture or erode through the skin. This may occur even many years after surgery. Some patients may experience transient confusion or hallucinations during and immediately after surgery. This is most apt to occur in patients who have some preoperative cognitive impairment. Usually this gradually resolves over one to two weeks after surgery. Weight gain averaging approximately 20 pounds is common after bilateral subthalamic nucleus deep brain stimulation. This may in part be due to a marked reduction in levodopa-induced dyskinesias.

If you are considering DBS, you should also look into clinical trials

This unique resource is designed to educate newly diagnosed patients and the general public about Parkinson’s disease.  The videos and articles answer important questions about the disease itself, treatment options an emerging research.  Dr. Kumar is a movement disorders specialist and clinical expert on Parkinson’s disease. He also serves as Medical Director for the Rocky Mountain Movement Disorders Center.

The Progression of Parkinson's Disease
Parkinson’s disease affects between 1 and 1.5 million Americans, with between 40,000 and 60,000 new cases diagnosed each year. The mean age of diagnosis is 62, although 5 to 10% of individuals with Parkinson’s disease have…

When people think of Parkinson’s disease, they typically think of the classic signs of the disease, including tremor, slow or halting movements (bradykinesia) and rigidity or stiffness. These symptoms all affect movement, and are known as ‘motor symptoms’. However, Parkinson’s disease is also associated with problems with cognition (thinking), mood and behavior, which can be just as disabling as the motor problems for some patients, and may occur earlier in the course of the disease. Since these symptoms affect neurologic functions other than movement, they are collectively called ‘nonmotor symptoms’.

Additional motor symptoms of Parkinson’s disease can include freezing of gait, when the feet seem to be stuck to the floor and it is difficult to initiate a step. Parkinson’s can result in micrographia, small handwriting or handwriting that begins at a normal size but continues to shrink the longer the individual writes. Drooling can result from decreased automatic swallowing and pooling of the saliva in the mouth. Masked facies, or a lack of facial expression, can result from stiffness and decreased motion of the muscles in the face. 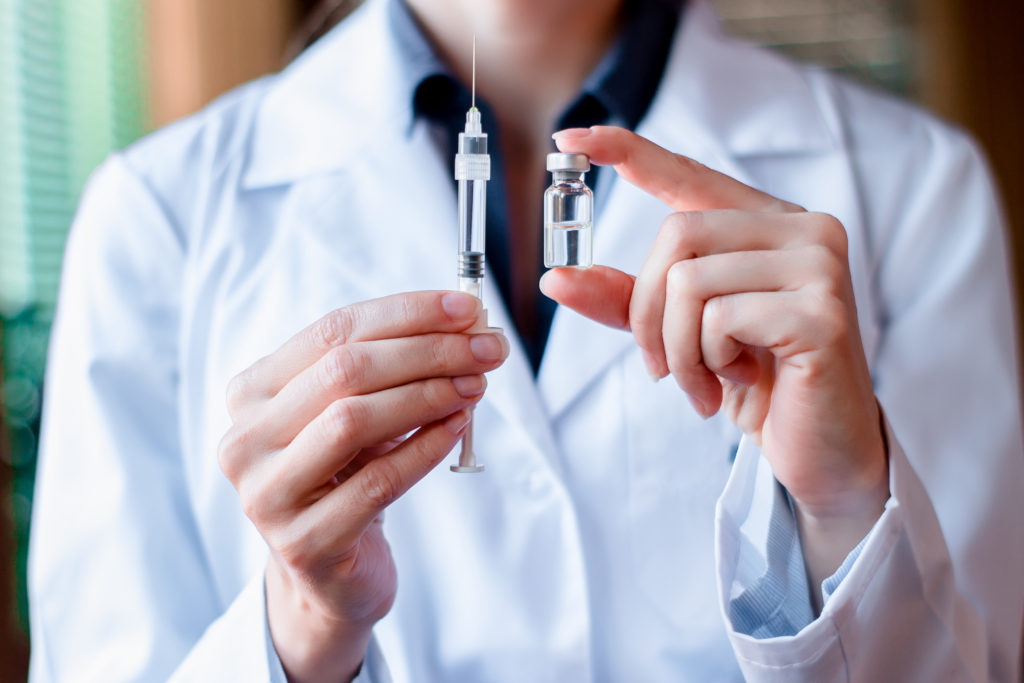